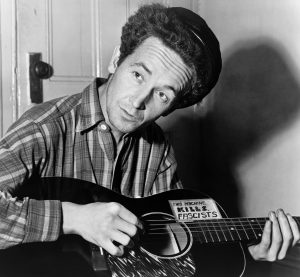 Paraphrasing Woody Guthrie’s message, “This machine kills fascists,” which he placed on his guitar in the mid 1940s, the UNICORN Castle strives to both learn and teach about the world during the period 500-1500 CE, both as it most likely was and as it has been since imagined. In so doing, the UNICORN Castle recognizes that this period, particularly the European Middle Ages, has been exploited since 1500 CE for oppressive economic and political purposes, including to promote colonization, slavery, autocratic governments, and fascism.

The UNICORN Castle is in the process of establishing itself as a non-profit organization in the United States; however, current Board members represent additional countries around the globe, including Brazil, Australia, and the United Kingdom.

The UNICORN Castle is, above all else, a place for creative learning about the world as it existed between 500 and 1500 CE. While embracing the fun of fantasy, it also strives to combat misrepresentation and abuse of what facts we have about various parts of this premodern and pre-colonial world.

The mission of the UNICORN Castle is to support innovative and inclusive interdisciplinary scholarship in the study and play with both factual and fictional elements representing the world as it existed (or didn’t exist) between 500 and 1500 CE, encouraging a broad investigation into this expansive range of phenomena, discourses, and media across diverse geographies, as well as open and inclusive dialogue on these subjects, as well as conversations about the function of studies of and playing with the varied comprehensions of the works and history of this period all over the world. This is both a place of active research and learning (a museum) as well as of play (a video game), and its creators are activists in support of voices that have not always been heard, valued, or amplified. The UNICORN Castle strives to:

→ Promote the highest level of scholarship about particular events and/or works that existed between 500 and 1500 CE.

→ Encourage creative play with these events and/or works in such a way that does not encourage or promote fascism or other oppressive philosophies and/or politics.

→ Be both accessible and inclusive of diverse populations in its representations and engagements.

→ Promote and facilitate networking across the varied disciplines and fields of both study and creativity.

The UNICORN Castle promotes the growth of two types of structures:

A Museum: scholars are invited to help build this museum, creating exhibits that teach—both creative works from and/or historical facts about—a particular place during the period 500-1500 CE.  The exhibits must adhere to the vision and mission of the UNICORN Castle.  Occasionally, the Museum also serves to support and even host academic conferences, such as the 2023 International Conference for the Study of Medievalism.

A Game: currently being drafted as a table-top game, the ultimate goal is to convert this into a video game. The game strives to promote the vision and mission of the UNICORN Castle, as well as to serve as a teaching tool.

The UNICORN Castle is a community in which researchers are able to participate equally, understanding that scholarship is practiced by individuals working in many different conditions and with varying degrees of support for their work. We value the involvement of researchers at all career stages, and across the full range of difference within the academy, and we especially welcome newcomers to our community. The organization aims to be a supportive and safe professional environment for all those interested in the study of both factually-based and creative works representing any part of the world between 500 and 1500 CE—as long as those works do not promote the oppression or suppression of other voices (including those voices that are themselves oppressive). The UNICORN Castle supports people, especially those from communities traditionally marginalized in contemporary world—including but not limited to people of color, women, disabled people, LGBQTIA+ people, and members of all faiths—to share their research and develop both  professional and non-professional networks within an environment that prizes inclusivity, generosity, and courtesy. The UNICORN Castle refuses to accept bullying and harassment of any kind, whether intellectual, institutional, or personal.